“Thanksgiving for the Exceptional and the Everyday”
Psalm 95:1-6 and 1 Timothy 4:4-5
November 11, 2012
First Presbyterian Church of Jesup

A few days ago I was walking my dog Bailey outside late at night. With the absence of traffic, I could hear the faint humming of the grain silo and the scratching of tree branches in the wind. The air felt electric. Perhaps it was my imagination but Bailey seemed to sense it too. He sniffed at the air, looking around expectantly. I looked up and the stars were brighter than what I could experience back in my hometown in Ohio, and then all of a sudden a shooting star blazed across the sky. I looked around, had anyone else seen it? Had anyone else witnessed this quick and bright moment of beauty?[1] Standing there in the midst of God’s amazing creation, I remember thinking, “surely God is present.” 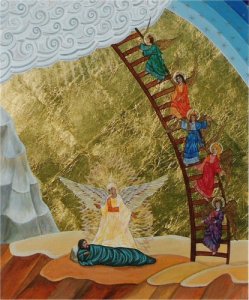 In Genesis 28 we are given the story of Jacob having such a moment with God. Jacob was traveling in the wilderness and stopped to rest, using a rock as a pillow.That night he had a dream where God came to him and said,

“I am the LORD, the God of Abraham your father and the God of Isaac; the land on which you lie I will give to you and to your offspring; and your offspring shall be like the dust of the earth, and you shall spread abroad to the west and to the east and to the north and to the south; and all the families of the earth shall be blessed in you and in your offspring. Know that I am with you and will keep you wherever you go, and will bring you back to this land; for I will not leave you until I have done what I have promised you.” Then Jacob woke from his sleep and said, “Surely the LORD is in this place—and I did not know it!”Jacob then takes his stone pillow and sets it up as a pillar, pours oil on it and names it Bethel, House of God. In Hebrew Beth means house and El is short for “Elohim,” a name of God.

The space where this dream happened was not particularly exceptional. It was merely a patch of land with a stone. By any outside observation Jacob’s remarkable evening would’ve seemed like a rather mundane occurrence. A man, falls asleep outside with his head on a rock, and then wakes up and pours oil on it and keeps on walking. All in all, it was not a very remarkable experience. It became remarkable through God’s presence, and Jacob’s acknowledgement of that presence. God did not need Jacob’s monument to be present in that space. God was already there. But by drawing attention to that space, Jacob left a reminder of God’s presence and called it the “house of God.” 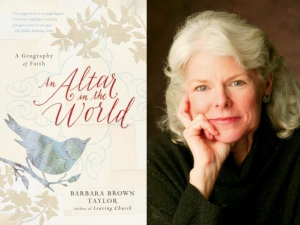 My favorite author, Barbara Brown Taylor explains her own encounter with God’s presence in her book “An Altar in the World.” After explaining a particularly beautiful scene during a visit to Hawaii she writes, “I knew the name of the place: Bethel, House of God…I wondered how I had forgotten that the whole world is the House of God. Who had persuaded me that God preferred four walls and a roof to wide-open spaces? When had I made the subtle switch myself, becoming convinced that church bodies and buildings were the safest and most reliable places to encounter the living God?” She continues, saying:

“Do we build God a house so that we can choose when to go and see God? Do we build God a house in lieu of having God stay at ours? Plus, what happens to the rest of the world when we build four walls – even four gorgeous walls – cap them with a steepled roof, and designate that the House of God? What happens to the riverbanks, the mountaintops, the deserts, and the trees? What happens to the people who never show up in our houses of God? The people of God are not the only creatures capable of praising God, after all, There are also wolves and seals. There are also wild geese and humpback whales. According to the Bible, even trees can clap their hands.”[2]

Barbara Brown Taylor’s redefinition of the House of God as the whole world opens up the worship of God to all parts of creation and speaks to God’s inability to be contained in a single building or community. Our uncontainable God is spoken of in this way in scripture, especially in the Old Testament. Before God came to earth in Jesus Christ, God was perpetually being described as One who is unknowable, unnameable, and far beyond the bounds of human convention. This view of God is described in the poetic devices of the Hebrew texts.

Our Psalm today speaks in merisms. Merisms are phrases that list two extremes with the implied, “and everything in between.” Merisms are not foreign to our culture, we still use phrases like, “searched high and low,” “through thick and thin,” and “in sickness and in health.” Merisms are used quite a bit in the Bible, particularly in the poetry of the Hebrew Bible. I’m going to read through a few of them and just to help all of us to be aware of what is really being said, I’d like you to say with me, “and everything in between” after each one. 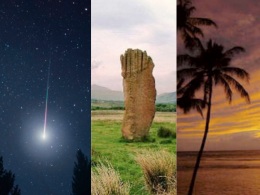 God is present in shooting stars, rocky wilderness, Hawaiian vistas, and everything in between. God is present in this building, in the other churches of Jesup, in my home church in Ohio, in the temples of Jerusalem, the cathedrals of Rome, and everything in between.  God is there when we take notice, and there when we don’t. God is there in the exceptional circumstances of our lives and there in the mundane.

God is in the everything in between. Our experiences are made holy by God’s presence. And God’s presence is made known to us when we praise God with thanksgiving.

This is what we acknowledge in our sacraments of baptism and communion. Sacraments are a visible sign of the invisible actions of the Holy Spirit in our midst. Sacraments change our experience, making sacred meaning out of secular elements.

Just as with the seemingly everyday actions of Jacob in the wilderness, if an outside observer was watching us today without an explanation of what was going on, they would think that later on in the service as we share bread and grape juice that we are simply having a snack together. It might seem a bit odd, everyone lining up and ripping off bread. But while we outwardly receive bread and juice, “by the work of the Holy Spirit [we] also inwardly receive the flesh and blood of the Lord, and are thereby nourished unto life eternal.”[3]

This is what Jesus did too. He was born in an ordinary stable into an ordinary body. He was beyond exceptional, but also lived an everyday sort of life. He is immortal and beyond time, yet He also lived, breathed, dreamed, cried, and died, all in a very real way. He was the shooting star surrounded by the dark night.

Jesus was in the beginning, He will be with us in the end. And in everything in between.

With gratitude towards God’s presence in all of creation and all of our experience, I’d like to close today with a poem by e.e. cummings:

thank You God for most this amazing
day: for the leaping greenly spirits of trees
and a blue true dream of sky; and for everything
which is natural which is infinite which is yes

(i who have died am alive again today,
and this is the sun’s birthday; this is the birth
day of life and of love and wings: and of the gay
great happening illimitably earth)

how should tasting touching hearing seeing
breathing any—lifted from the no
of all nothing—human merely being
doubt unimaginable You?

May the ears of your ears and eyes of your eyes be open to God’s presence in every in between of your life. Amen.

[1] I discovered later that this was the North Taurid Meteor Shower. 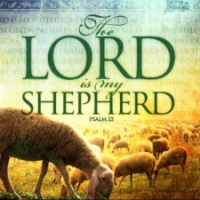